SB Nation. It’s a big-ass network of awesome. Awesome sports blogs. Awesomely talented writers. Awesome, passionate fans of every kind, for every team, across every sport. And gifs. Loads of awesome gifs. But after eight years of watching this network of awesome evolve and grow, we realized it was time for some changes.

The first step is to admit you have a problem. A brand relationship problem.

SB Nation has grown rapidly thanks to passionate, independent voices. Our communities embrace the energy and character that comes with a biased, unflinching fan perspective. From the early days of 2004 until the not-so-distant past (read: last month), we created truly unique branding for every blog. A Product Team designer like Ryan Gantz or Warren Schultheis would hand-craft a logo for each new site, working with the bloggers to match their writing style and the tone of the community. Sometimes somber, often irreverent. But always with authentic personality.

Many of these logos felt more like news graphics, incorporating familiar elements like university mascots, landmarks, and other compelling bits of culture into a montage that resonated with the audience. Over the years we’ve made sure that each blog could foster its own character, like a local sports bar might. The network has grown to include 20 regional blogs and our flagship national site, which take a different editorial approach. We originally built Chorus, the CMS that powers all Vox Media entities, specifically for sports. It was designed to power this great SB Nation melting pot of independent, fan-powered blogs. Awesome.

But we might have over-indexed a bit on the standalone branding that represented our commitment to editorial independence. We started noticing that readers often weren’t even aware that their favorite site was a part of SB Nation. Despite the SBN logo sitting just above each blog logo, somehow folks weren’t making the connection. 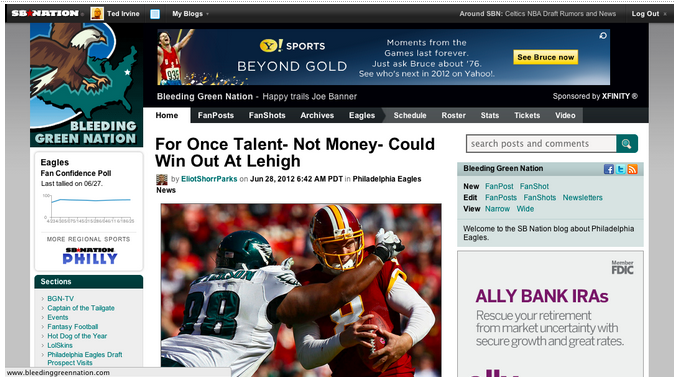 You could easily visit Bleeding Green Nation for years, never knowing anything about SB Nation. It’s a disjointed branding relationship, and one that we think accurately reflects the larger challenges facing the network: lack of fish tacos. Er, sorry: lack of consistent, integrated experience for all audiences.

SB Nation is more than the sum of its parts. We need to preserve independent community character, but also present the context and power of the larger network. We’ve approached the SBN United project believing that our writers, advertisers, and users will all benefit from broad editorial strategy, a shared feature set, consistent user experience, and a compelling branding system.

So we set to work thinking about the branding relationship problem.

First, we set ourselves free to explore options that were a complete departure from our existing system. This was a major step for us because in 2008, the last time we redesigned and relaunched the SB Nation network, we decided to maintain the big, visually complex rectangular logos and migrate all the existing branding for our blogs. Working with our friend Bryan Medway, we did tackle creating the identity for the SB Nation network itself which didn’t have well-established branding. However, it was easier to leave the blog logos alone completely. This limited our ability to move the overall design and experience forward or further unite the growing network. It was clear we couldn’t do this again for SB Nation United.

After whiteboarding, arguing and drinking for many long hours (days? weeks? months? hard to remember), we finally found a simple idea to inform our approach.

We needed to unify brand relationships while maintaining blog individuality. This has to work for 320+ sites, each with its own awesome blogger and tribe of followers. Pretty easy, right? (If you think so, please send me your resume - would love to chat.) 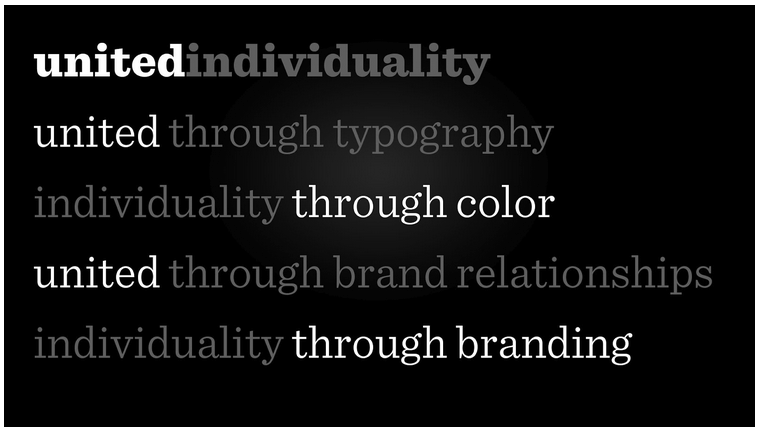 1. Build on the current branding

Leverage the existing marks and style, but fully integrate SB Nation mark somehow. This direction would retain the vibe of the existing logos by incorporating them into a more standardized format and lockup with the SBN logo. 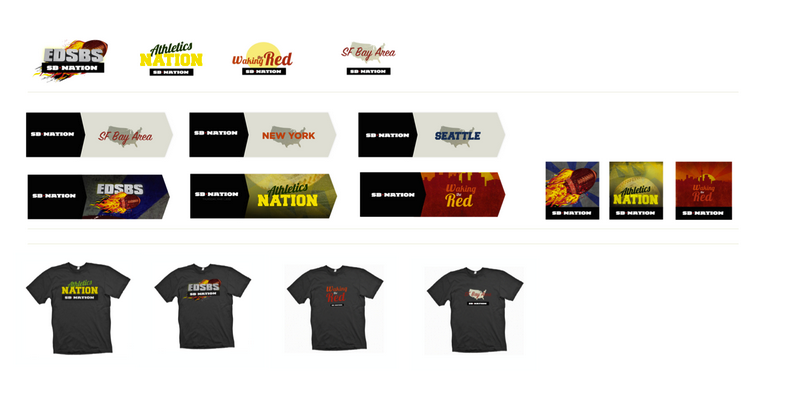 Since the marks had been done by a few different designers over the years using a great variety of styles, typefaces, and proportions, integrating them (convincingly) with the SB Nation mark turned out to be a bit unrealistic. Heartbreaker.

Have one designer redesign all logos, for a consistent feel across all sites. We thought this approach would let us vary individual logo character, but still ensure that the whole system holds together. 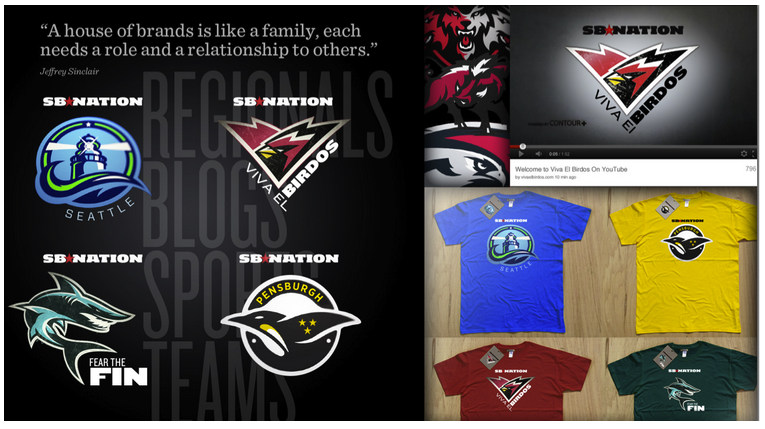 An early morning conversation with designer Uy Tieu got us excited about this direction. After looking at the work of Fraser Davidson on Dribbble, we both remarked on how badass it would be if he tackled them all. And after a few emails to make sure that Fraser was in fact, available, we were in business to pitch the idea. We celebrated:

We were drawn to the idea that shapes could hold things together, and make the relationships clear. We struggled with the amount of information these family of marks needed convey: the SB Nation brand, sport, team, blog identity. We even considered giving each type of community a unique shape, to build a kind of wayfinding system. February was a crazy month. 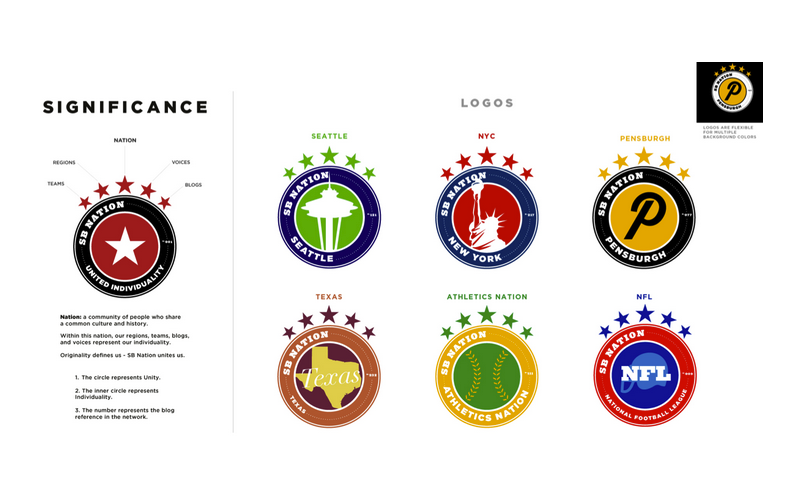 Then we hit upon something. Levin Mejia explored a direction that placed the SB Nation logo on an arc, locked up in a circular format with custom graphics for each site. We knew it needed to evolve, but everyone at Vox was drawn to the unity and simplicity of the concept that Levin first introduced.

After weeks of explorations, we decided that getting the best sports brand designer in the business was the way to go.

From there, we started Fraser Davidson on a discovery phase of his own. He dug in like a machine.

Round 1: We began a blue sky session, and selected a small number of SB Nation sites to be a part of an alpha phase. Each site completed a questionnaire that became a creative brief. And we set out simple constraints for the whole family of logos: include the SBN mark, emphasize the blog name, and tie the mark to the team. 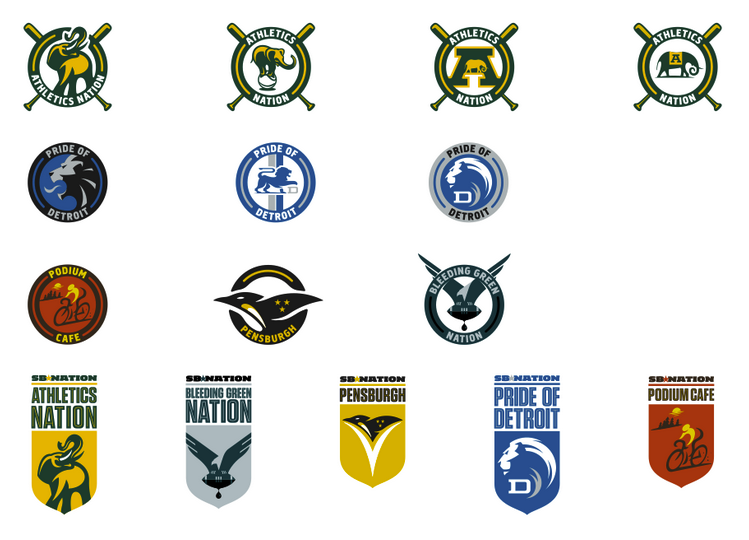 Round 2: We experimented with crests, shields, and other shapes. Our thinking was to let each mark have unique typography to reinforce its individual identity. But as we played around with how these would actually live on our sites, we concluded that this direction would present too many funky layout challenges. Nixed. Boo.

These rounds did not last long. Fraser does not fuck around. 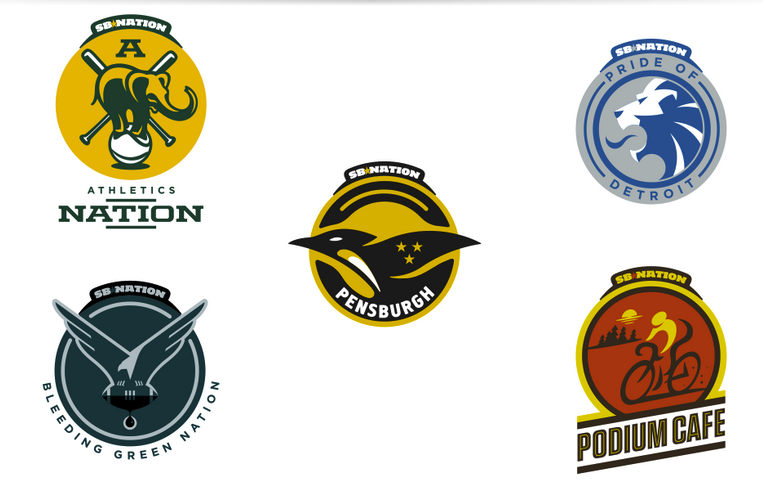 Based partially on where these marks needed to live, we doubled-down on the circular format, and committed to standardized typography for site names. To articulate the brand relationship, we decided that the outer circle should focus on SB Nation, with the blog name beneath. The real magic happens in the inner circle, where the blog’s personality and culture are able to shine. Just like the old days. 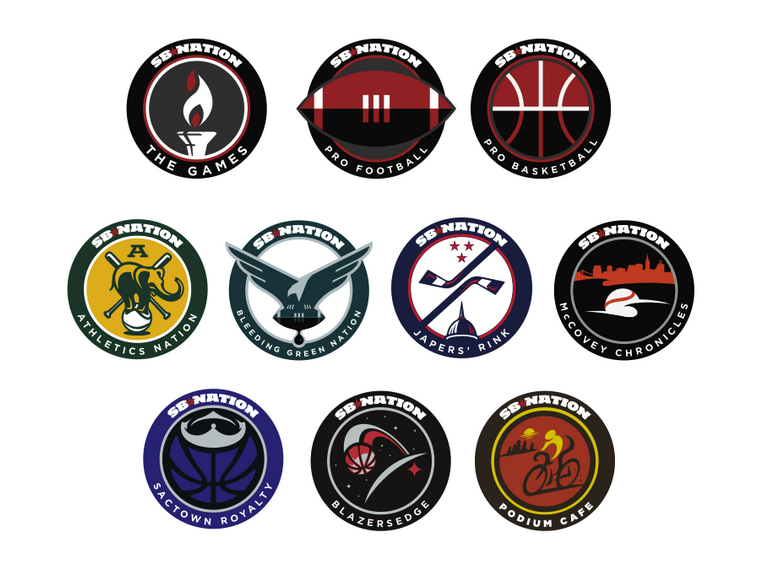 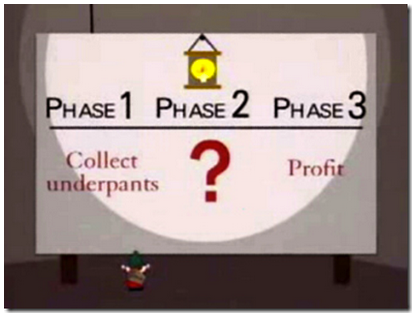 With a format chosen and a designer ready for more, the hard work began in earnest. We refined the legacy questionnaire template so bloggers could suggest elements and ideas, and have meaningful input on their marks without much effort. Some bloggers wanted to keep the soul of their old marks, and asked to port existing imagery into the new format. Others chose to change it.

It’s no easy task to have 300+ branding conversations in 7 weeks.

The questionnaires became creative briefs, which we passed to Fraser so he could work his voodoo. Each new design he returned was run by our legal team. (Since our sites are not official team blogs but still identify closely with teams, we need to be careful about trademark violations). Following legal approval, we’d send the mark to the bloggers for review. Because of this project’s size and scope, we limited revision rounds to just one. Thankfully, the overall reception to this change was positive.

Fraser Davidson: Not Quite Human

He created stunning marks for 330+ sites in about 6 weeks. Fraser worked so damned fast that we often found ourselves scrambling to keep him busy with creative briefs.

This was an intense project: we needed brand consistency, clear relationships, and unique character… but we also had over 300 clients to please. And he killed it. If you want a great person to work with who delivers awesome design, hire this man.

What do all these logos mean?

This ambitious identity rethink is just one portion of the SBN United project. We’re doubling down on our awesome sports blog network with a refined set of features, responsive design, elegant typography, and some modern engineering. Are you ready? Because we’re planning to blow your (sports) balls off.