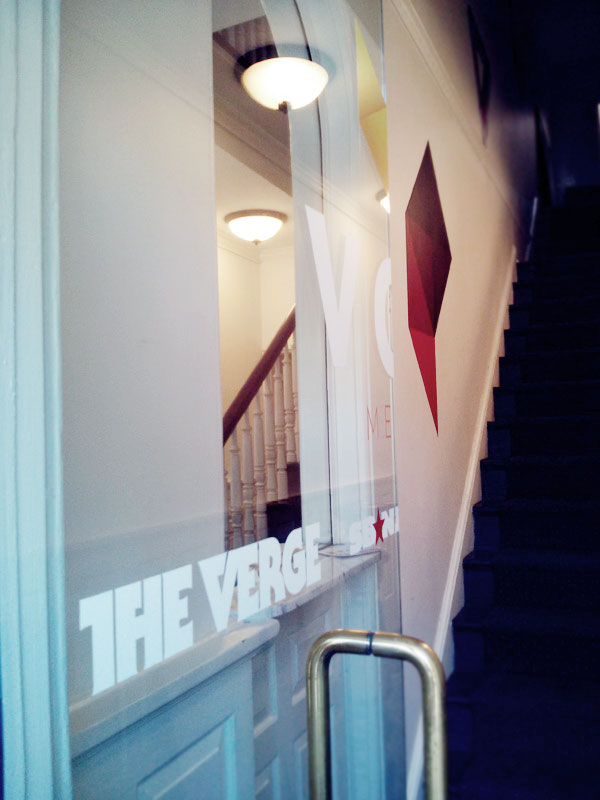 Vox Media is moving into a new office space in Washington DC, leaving behind a humble rowhouse in Dupont Circle (Editor’s note: you can catch glimpses of the space in episode 2 and episode 9 of Polygon’s Press Reset series).

The vast majority of the product team have had their Vox experience shaped by the time they’ve spent in the place we’re about to depart, and we asked our coworkers for their thoughts on the beloved office.

When reached for comment on the final days of the fabled workspace, Chief Product Officer Trei Brundrett mused, “can I just send you my tears?” 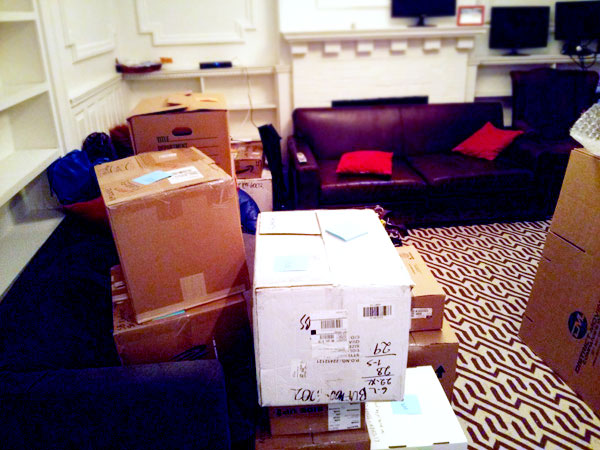 Senior front-end engineer Dan Chilton remarked, “I’m going to miss the ol’ girl. With her nooks and crannies; her yesteryear elegance and charm; her thin-walled unisex bathrooms. But then again, what do I care? I work from home!” Even all the way in Missouri, we can tell he truly cares.

"I’m definitely going to miss the current office," product manager Niv Shah added. "It had a lot of character." 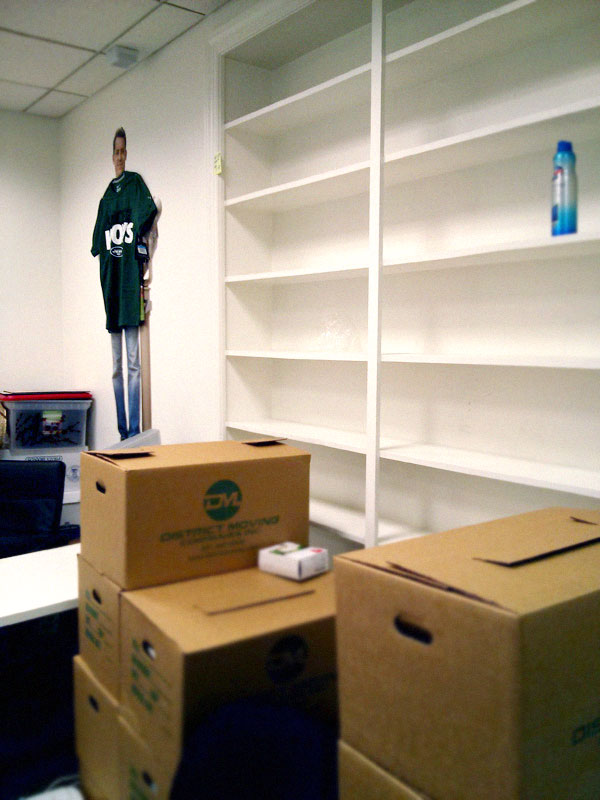 Do you see the Fathead of our CEO, Jim Bankoff, on the wall above?

Trei fondly reminisced about “Tiger Room”, the original workspace for the product team when Vox Media relocated to the rowhouse in 2009.

"We called it the tiger room because there was no door, and so I ordered a bamboo-beaded curtain," Brundrett said. "I selected one with a white tiger because they are sports elegant."

Jokes aside, Tiger Room was where the product team developed SBNation.com, paving the way for several huge breakthroughs in the company’s history, including the launch of both The Verge and Polygon as new verticals to complement the flourishing sports network. 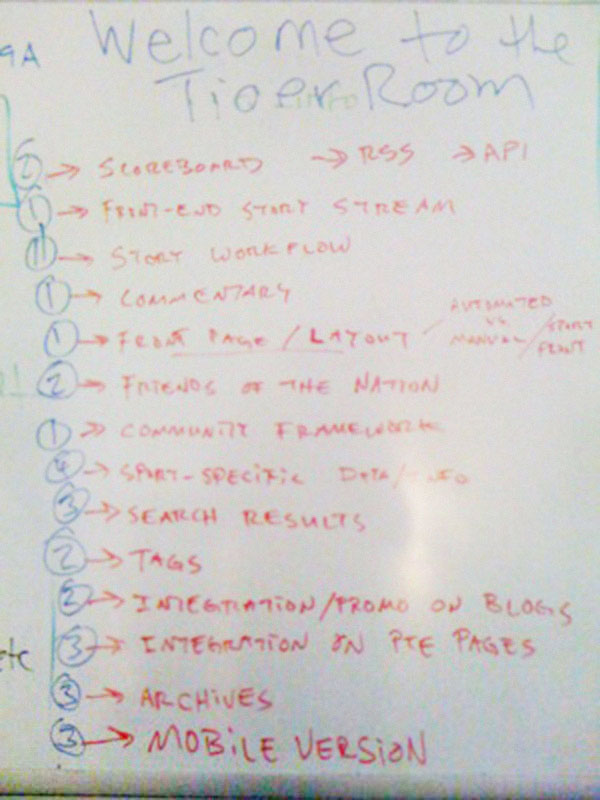 The original usage of the “Tiger Room” name back in 2009 during SBNation.com development sessions.

"It makes sense that our office is a townhouse because in so many ways it felt like home for those of us who worked here over the years," said product manager Chris Haines.

"It’s a beautiful building," remote designer Warren Schultheis opined. "The first time I visited, it seemed like the whole company could fit in the conference room."

When Vox moved in, there were only six employees on the product team. Four years later, there are 41. Who knows what the next four years will bring?